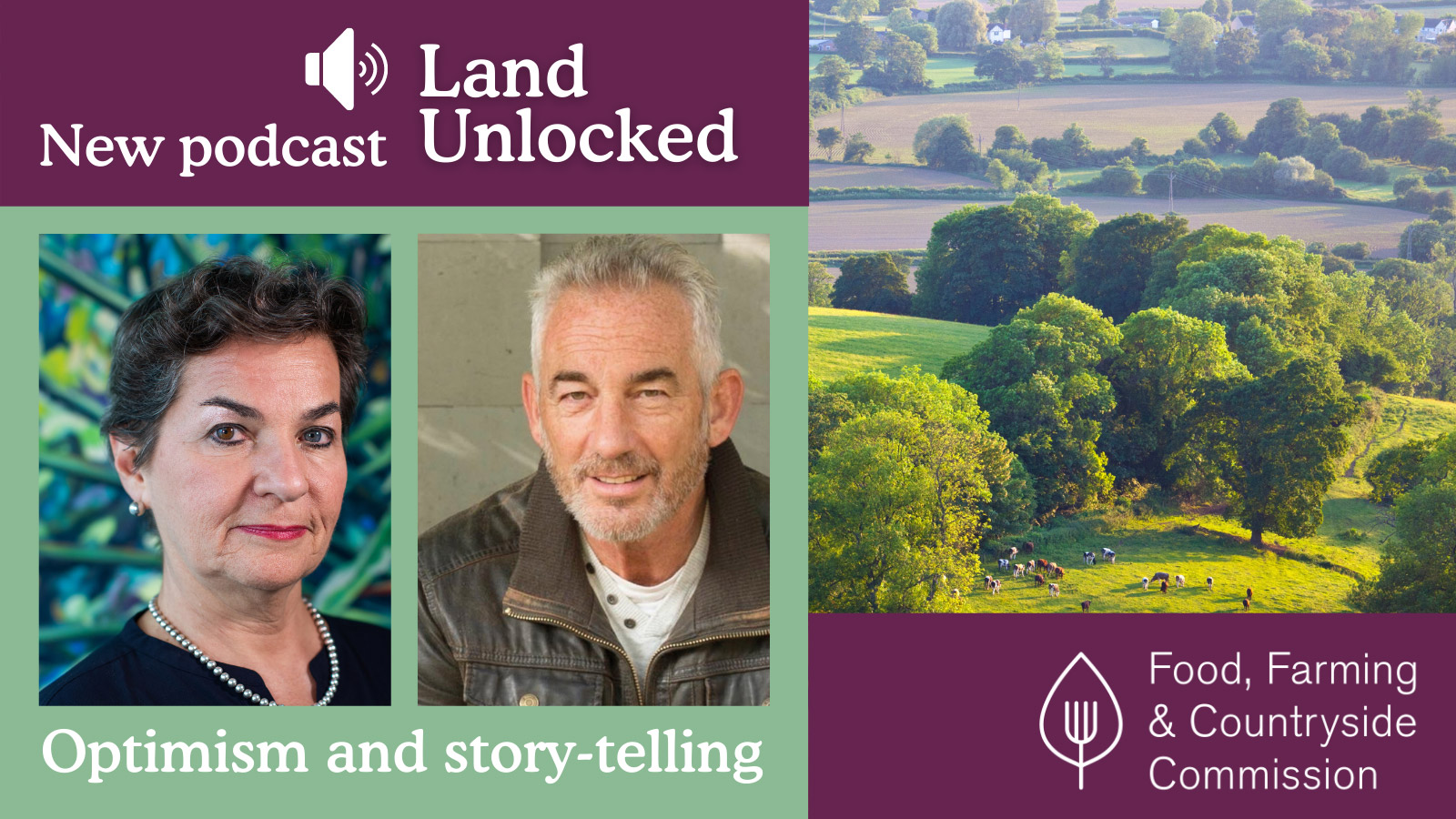 Land Unlocked is a podcast collaboration between Farm Gate and the Food, Farming and Countryside Commission. This occasional series will feature a range of high-level speakers exploring the challenges of delivering real action at this year’s COP26 conference and other major global events taking place in 2021. Programmes will be broadcast on the Farm Gate channel.

In this programme, ffinlo Costain discusses land use, economics, optimism and story-telling, with Christiana Figueres and Professor Tim Jackson.

Christiana Figueres is an internationally recognised leader on global climate change. She was Executive Secretary of the United Nations Framework Convention on Climate Change from 2010 to 2016. Today she is the co-founder of Global Optimism, & co-host of the podcast 'Outrage & Optimism'. Her new book is called, 'The Future We Choose: Surviving the Climate Crisis', which she co-authored with Tim Rivett-Carnac.

Professor Tim Jackson is an ecological economist and writer. Since 2016 he has been Director of the Centre for the Understanding of Sustainable Prosperity, at the University of Surrey. Between 2004 and 2011 Tim was Economics Commissioner for the UK Sustainable Development Commission where his work culminated in a ground-breaking book Prosperity without Growth.

Other Places to Listen