A Path to Future-Proof Animal Agriculture in China

China is the world’s biggest animal farming nation. Given China’s experience of famines, the latest one during the Cultural Revolution, security of food supply is at the top of the government’s agenda, with an increasing focus on food safety. FAI’s Laura Higham was recently invited to the China Animal Husbandry Expo 2017 (CAHE 17), the largest livestock show in Asia, to present on how the FAI 3E-approach of economic, environmental and ethical sustainability can help to future-proof this fast growing industry. 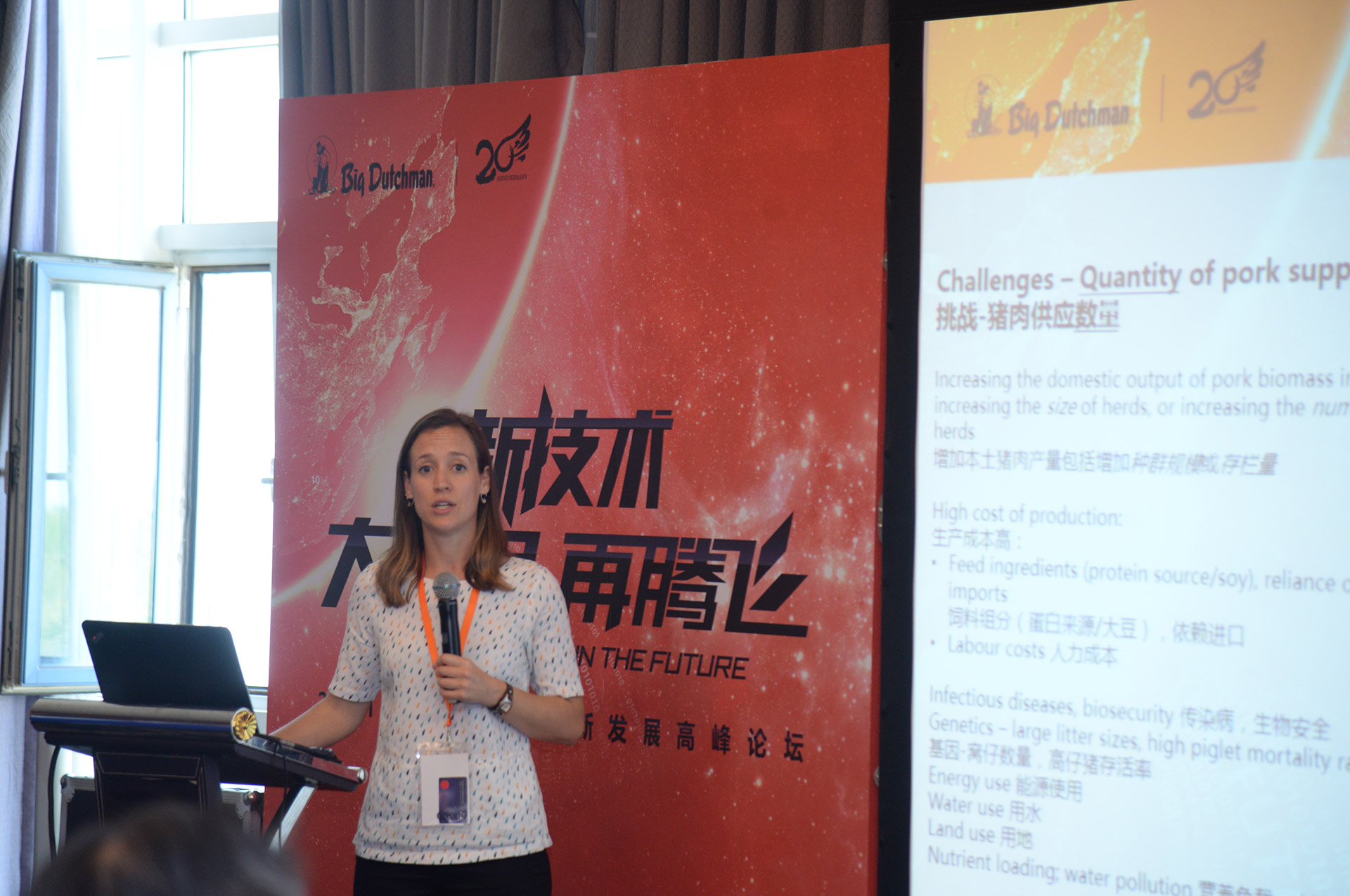 Speaking to an audience of 300 pig and poultry suppliers brought together by Big Dutchman I provided a European perspective on animal welfare and antimicrobial resistance, issues of growing concern to Chinese consumers. It is apparent that the progressive policy positions of certain global food brands on issues such as cage-free egg and free-farrowed pork production, and restrictions on the use of certain antimicrobial groups in supply chains, will come to affect China’s agricultural sectors in the near future. President Xi of ICCAW - International Cooperative Committee of Animal Welfare – described how differential competitive advantage can be obtained by employing high welfare production systems and marketing. Chinese NGO campaign and consumer groups are posed to be the driving force behind animal welfare progress in coming years.

In response to these unfolding changes and pressures I described FAI’s four mechanisms of change that we deploy when working with our commercial partners and client, outlining how they could help address animal welfare concerns in China:

(1.) Establishing enforced animal welfare legislation, which is currently lacking in China but in development;
(2.) Reaching a consensus on a working definition of animal welfare and enshrining this in legislation and company policies, which may include the 5 Freedoms or more contemporary definitions such as ‘a life worth living’3 or ‘a good life’ for animals;
(3.) Establishing standards or labelling through the development of assurance schemes, to appeal to emerging consumer interest in provenance and high quality produce; and
(4.) Developing brand leadership and competitiveness through company standards, R&D, collection of sustainability outcome measure data (including animal welfare) from farm to fork, and farmer and engagement and training programmes.

FAI would like to thank Big Dutchman China for the opportunity to present a view on animal welfare at this important event.