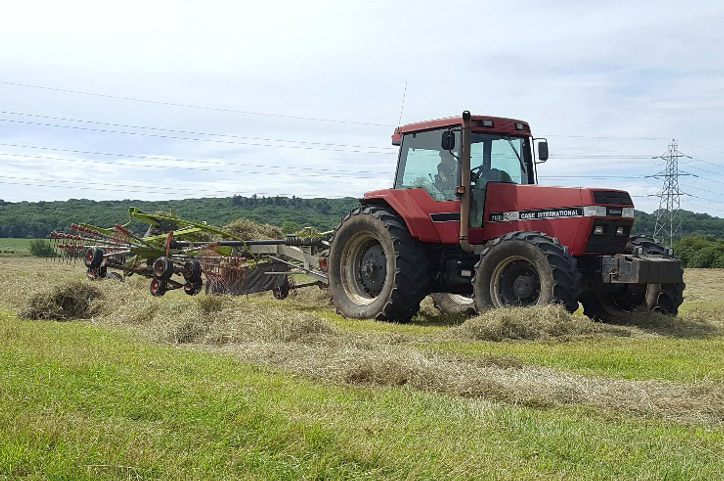 Floodplain Meadows Are Not As Wild You Might Think

Meadows are a fantastic place to see an abundance of wildlife, but they’re not as wild as you might think; they’re an ancient part of our agricultural landscape that has evolved from the need to produce hay to feed to livestock. But, as the saying goes, they don’t make it like they used to. PhD student Vicky Bowskill, who is currently studying FAI’s hay meadows, explains why she is researching the importance of timing for making both healthy meadows and healthy livestock.

Meadow species have adaptations that enable them to thrive under the annual cycle of summer hay cutting and aftermath grazing in the autumn that has been shaping them for centuries in the UK. However, since World War II, some 97% of our precious wildflower meadows have been lost, due to agricultural intensification and changes in land use.

Yarnton Mead supports a wide range of plant species and the other wildlife that depends on them. © Vicky Bowskill 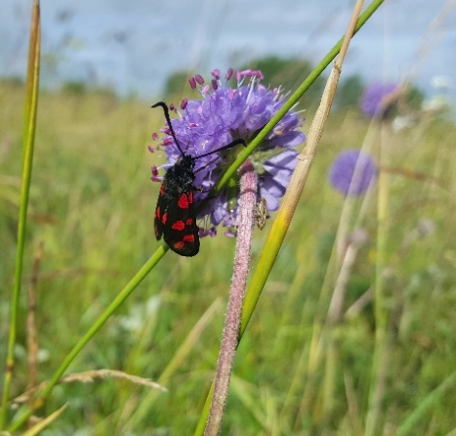 The reason floodplain meadows are so fertile is the nutrient-rich sediments that are deposited on them when they flood. However, if soil nutrients are allowed to build up too much, the biodiversity in the meadow can fall as the tall, competitive grass species crowd out the smaller, more delicate wildflowers. So it’s important to keep the fertility in balance and the best way to do that is to take an annual hay crop that physically removes all the nutrients that have been taken up by the plants as they grow.

The timing of haymaking is a critical part of successful meadow management that has always been governed by the vagaries of weather and seasons. Modern haymaking has a very different impact on sensitive meadow species, with hay often cut later to protect ground nesting birds, and modern machinery allowing large areas to be covered much more quickly, leaving little refuge for insects, birds and other mobile species.

A survey of farmers and land managers this spring demonstrated a significant interest in how the timing of haymaking affects the nutritional content of the hay crop that livestock need to be healthy and productive. Cutting hay later is generally perceived to make a lower quality crop, with nutrients thought to decline as the summer goes by, but this is not well understood for these naturally fertile floodplain meadows. There is a need to better understand how the nutritional content of hay changes during the growing season to bring the production of a valuable hay crop back into balance with biodiversity conservation and this is where my research is focussed.

I’ve begun to collect hay samples on three sites in Oxfordshire and Buckinghamshire, including FAI Farm’s Yarnton Mead, and will be doing this throughout the growing season for the next three years to help us better understand this important issue.

Another clear message from survey respondents is that the division between ‘farmer’ and ‘conservationist’, so often portrayed in the media, is a false one. Whilst farming goals and conservation goals may sometimes conflict, the people working hard to maintain our precious meadows are involved in both to varying degrees. This is especially true for practitioners of regenerative agriculture.

With a changing policy landscape and focus on sustainable food production, it is more important than ever to see how our hay meadows can continue as part of a sustainable, nature-friendly farming future. 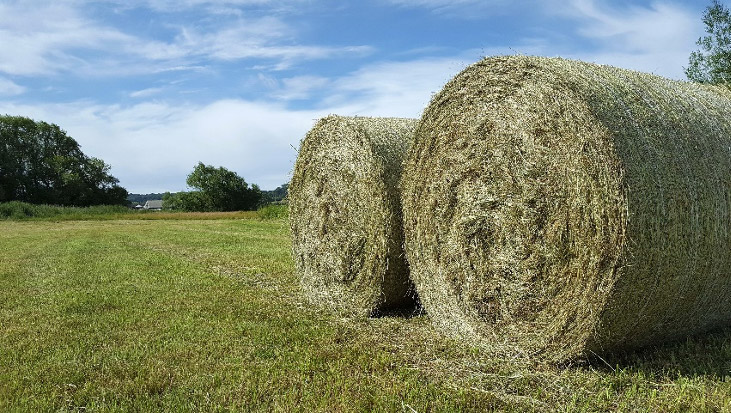 Learn more about this project at:

Find out more about floodplain meadows and why they are so special at: http://www.floodplainmeadows.org.uk