Milk from Grass: a Resilient and Viable Option

Producing milk from grass can be a win-win for both farmers and animals by reducing farmers’ reliance on bought-in feeds and allowing cows to spend more time outdoors. It is also attracting growing interest. 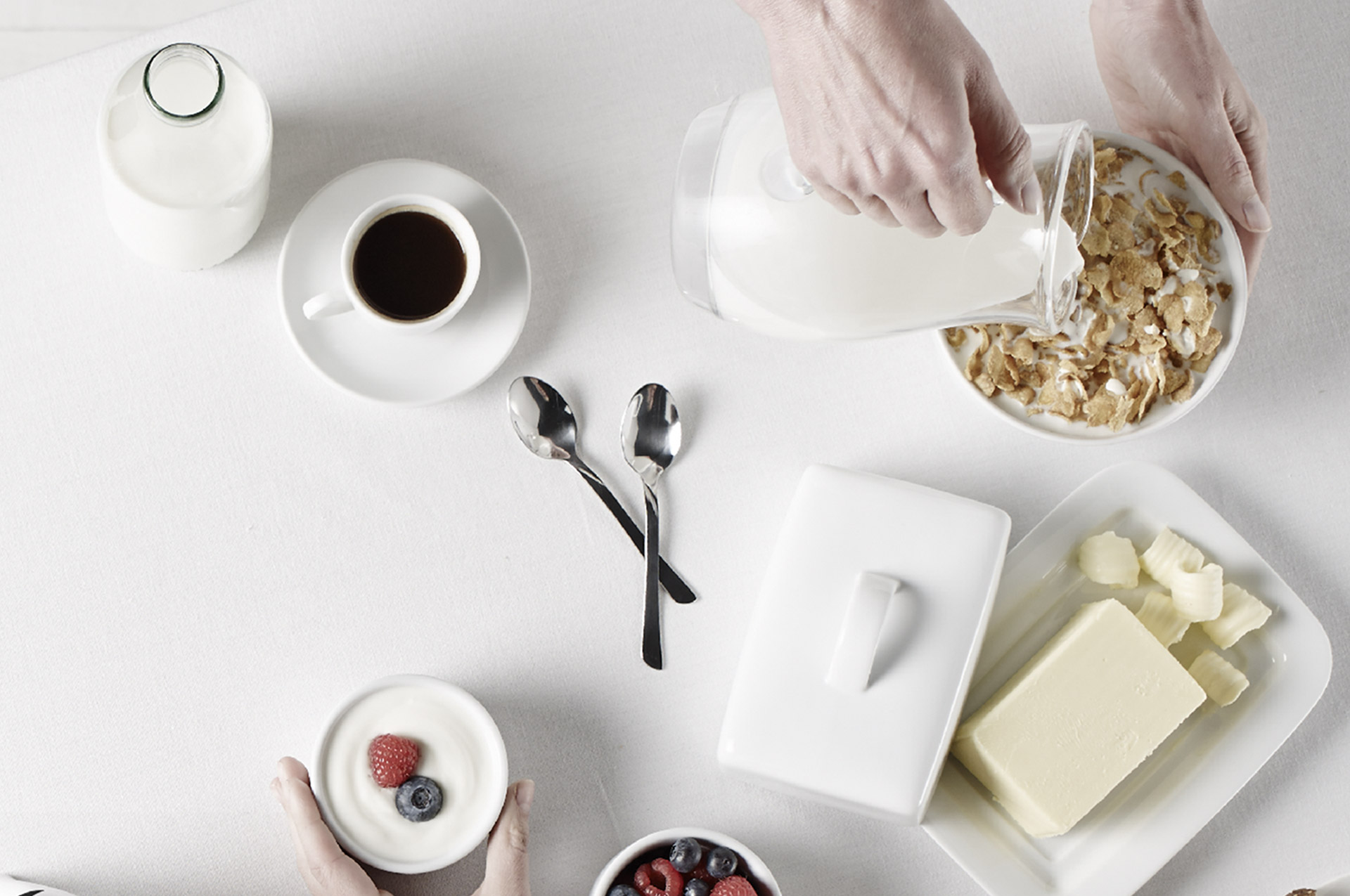 The growing interest in grass based dairy systems is in large part due to the cost of production. “It is cheaper than producing milk from cereal-based feeds,” says Iwan Jones of Groes Bach, an family-run farm with 90 ha of grassland and 10 ha of woodland and semi improved hay meadow in North Wales. Groes Bach has produced milk from grass since 1980 milk is sold through the Calon Wen Organic Milk Co-op. Its 110 organic British Friesians and followers are fed on clover and ryegrass leys. Iwan Jones believes milk from grass has a number of benefits and his operation adheres to four key principles to realize them – see Table 1.

Table 1: 4 Principles of Milk from Grass.

Cost Saving and Welfare Enhancing
At Woodend Farm, a 1300 acre dairy and arable farm on the outskirts of Oxford, grass is the main feed source for a 250 head Holstein operation. Farmer Dai Wilson produces 7700 liters per year and highlights the cost benefits of utilizing grass and keeping the cows outside 7–8 months of the year. Dai estimates that for a cow milking 30 liters of milk per day he saves 45% on feed cost compared to a full feed ration without grass. (Full feed ration without grass cost an estimated £3.20 per cow, per day, while including grass it costs approximately £1.80).

Increasing grass utilization also comes with animal welfare benefits. “Cows have evolved to digest cellulose and long fibre found in grass,” says Dr. Ruth Layton, Director of FAI Farms. “A high dependence on grain, in contrast, can lead to an increased risk of digestive problems such as rumen acidosis, which can be linked to other health issues like laminitis.”

Land Use
Sustainable land use is another plus. “The land used to produce grain to feed to cows could be used to grow crops for human consumption,” says Dr. Layton. “Whereas grass can be grown on types of land where crops cannot.”

Iwan Jones’s cows feed on grass plus 1.2 ton of concentrate (wheat, sunflower, maize, oats and <5% soya) to produce 6000 liters of milk per lactation, with 456 kg milk solids. Milk solids is a measure of the fat and protein content of the milk, excluding the water, and is also an indicator of rumen health in the cows. A high-yield Holstein breed in the UK may produce 670 kg milk solids per lactation. However, according to Mr. Jones this does not represent a complete picture of higher efficiency. When measuring milk solids per hectare used – including both grazing and the land used to grow the feed – the high yielding Holsteins come in at 555 kg compared with Mr. Jones’ Organic Friesians 440.

Jones’s farm also produces beef from calves from the dairy herd fed on grass and barley with a lifetime use of cereals of ~300 kg, finished at 20 months at ~280 kg dead weight.

When it comes to utilization of grass, knowledge is power, and that power saves you money. Temperature and rainfall determine grass growth rates but without knowing the extent of their impact on an ongoing basis it is hard to know when to start and stop grazing, let alone how much additional feed to provide in order to maintain milk yield. Grass quantification is key. By monitoring with a plate meter once a week, it’s possible to calculate and control the amount of dry matter provided by grass and thus plan ahead for periods of no or heavy growth, adjusting feed accordingly.

“Grass quantification is something all dairy farmers would be wise to understand – whatever the system they operate – as feed costs will rise and grass is good value,” says Ruth Layton, Director of the FAI. “It’s good news for cow welfare and for the bottom line.”

This article is based on two Case studies originally published by the European Farmers Network.