Curious-Looking Lumpfish Proving Its Worth In Fight Against Sea Lice

Plans to produce up to 1 million high quality tilapia fingerings a month are gathering pace at FAI Brazil’s first ever aquaculture venture. 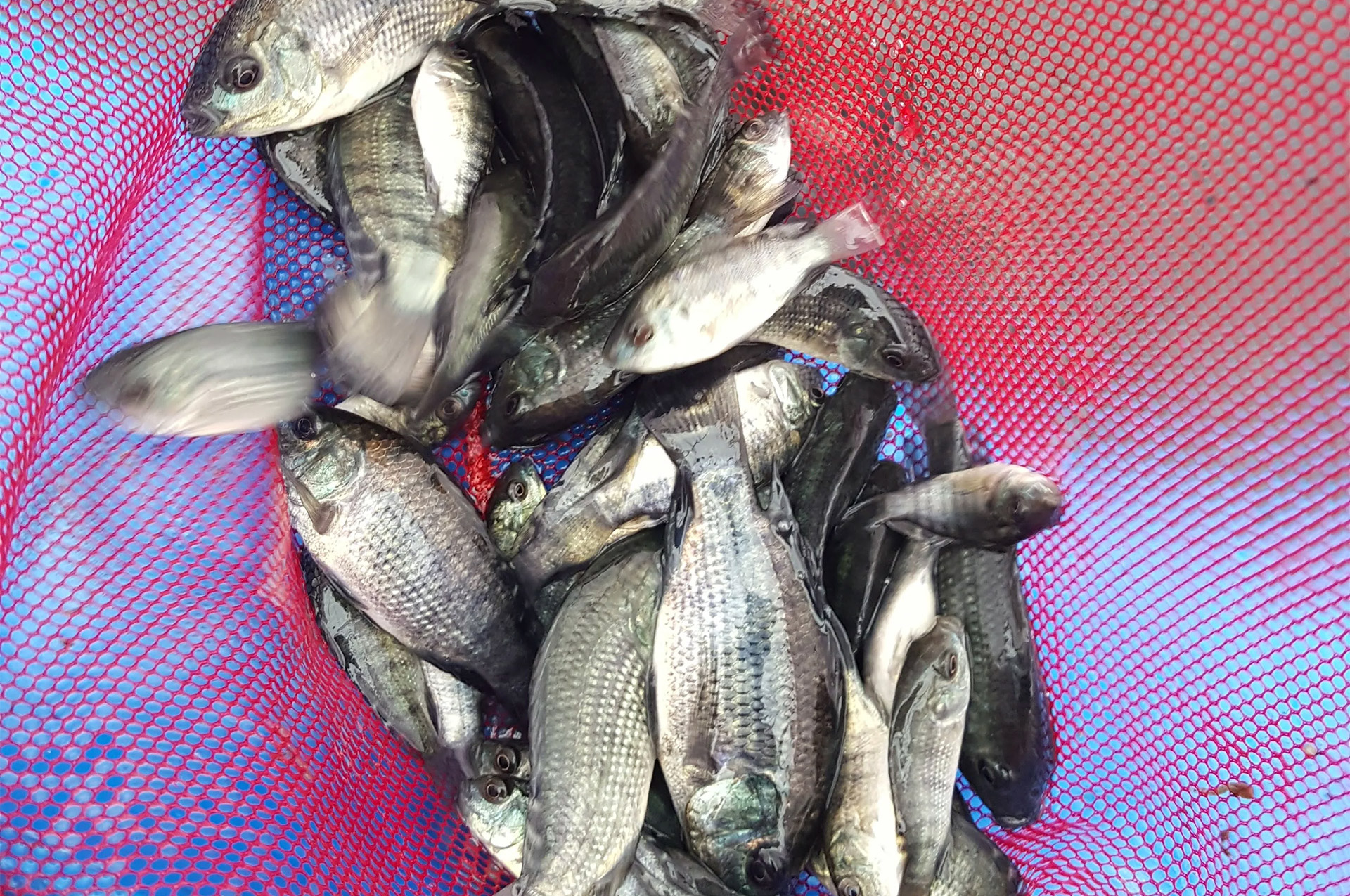 “We have 1,500 female broodstock in place now and, once spring arrives in September, we aim to be producing up to 700,000 a month,” explains Murilo Quintiliano, Executive Director at FAI Farms, Brazil.

“The systems are already in place to increase this further – to 1 million a month – in the future without the need for extra investment,”

“Our new hatchery is, as far as we know, unique in Brazil, in terms of its equipment and biosecurity and our clients have been very impressed,” adds Hideyoshi Segovia Uno, Production Manager at Spring Genetics, which has provided FAI with the original broodstock.

The company, which has previously concentrated on the sustainable production of poultry and cattle, is part of the Benchmark Group, but the plan to establish an aquaculture venture on their 170-hectare farm near Sao Paolo was first outlined back in 2012.

“It’s something that I’ve been discussing with Hideyoshi and Hernan Pizarro – from Fish Vet Group Brazil – for a few years,” explains Murilo. “We had a good water source on the farm and tilapia production is really taking off in Brazil. We were also able to draw on the expertise of our sister company, Spring Genetics, which has been producing its own strains of tilapia, in Florida, for a number of years.”

So far most of the fingerlings produced on the FAI site have remained at the site for performance assessment, but the plan is to soon start to disseminate the stocks, mainly to small local producers in the states of Sao Paolo and Parana. 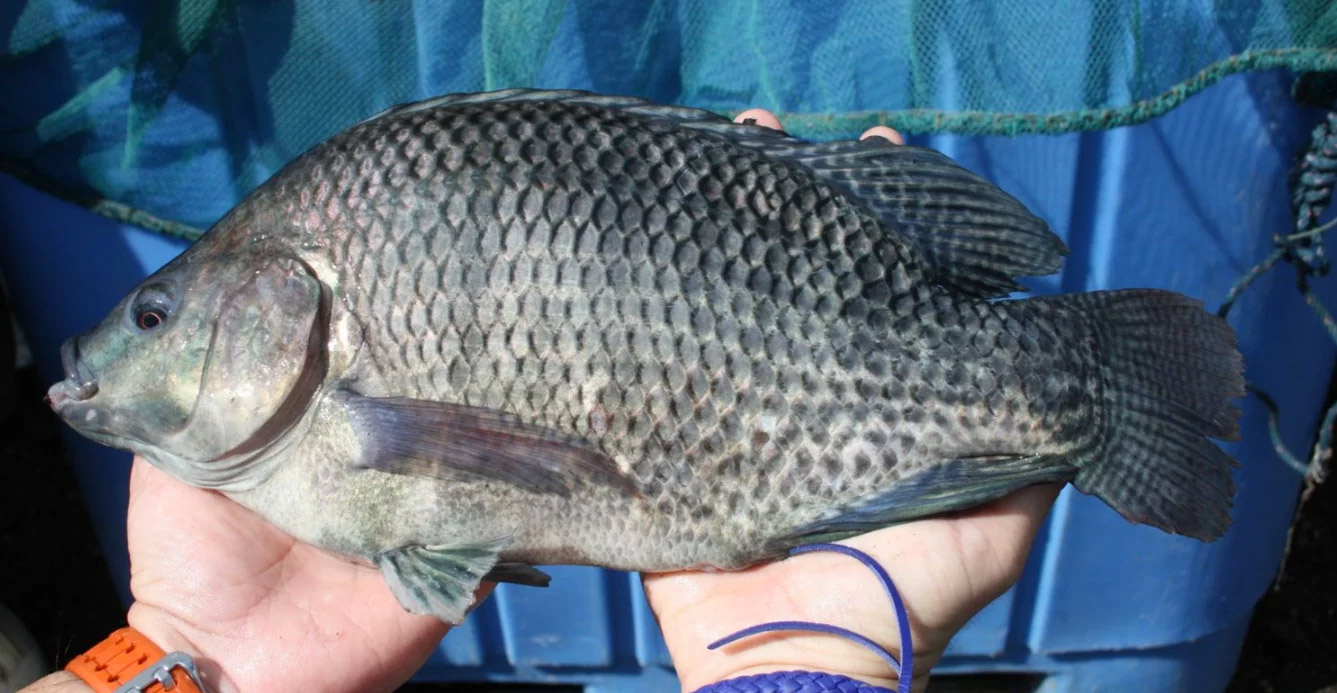 “The main idea at the moment is not only to produce fingerlings for the Brazilian market, but also to follow up and monitor the progress of our fish and help the farmers who are using them,” Murilo explains. “We appreciate it might take farmers time to adjust to using a new genetic strain and it’s important that we don’t just sell stock with good genetics, but also to follow this up with information on the advantages of establishing good husbandry and feeding systems, so we will spend a lot of time talking to clients in the field.”

“It’s part of the philosophy of both Spring Genetics and FAI and we’re going to work closely with our customers, not only to ensure best management practices, but also to monitor the performance of the fish so we can analyse the data. Producers at the moment are concerned that some of the fingerling providers have not delivered on their promises – with many instances of undersized fish or those arriving with low quality sex reversal taking place – but we can guarantee the provenance and performance of our fish, if they are being farmed correctly.”

The Spring Genetics tilapia strains, which are developed by Akvaforsk in Norway – another Benchmark company – have been selected for 5 generations in Miami for growth performance and, more recently, for tolerance to Streptococcus agalactiae and Streptococcus ineae.

“We’ve been looking at improving the fillet yield, FCR and now, in particular, are focusing on higher tolerance to diseases, especially streptococcus,” Murilo reflects.

The tilapia market in Brazil is growing at a rate of knots, and with it the opportunities for fingerling producers.

“Even at current levels, it means some 300 million fingerlings are needed a year and producers – both in the North and Southern tilapia growing regions – tell me that they’ve been struggling to source enough stock,” he continues.

As it grows, the industry is also currently showing signs of increasing consolidation.

“It’s a bit like the poultry industry here in Brazil in the early 1990s,” says Murilo. “We’re now seeing a number of, largely domestic, vertically-integrated operations emerging, and these produce everything from feed to the processed fish product themselves. Companies such as Copacol, Geneseas and Netuno are already producing here on an integrated basis and there are rumours that Regal Springs, who are one of the largest tilapia producers in the world, are planning to grow up to 100,000 tonnes a year,” he added.

“Most of the production tonnage comes from medium/high tech cage systems, mainly in rivers, although there are also some earthen ponds, some of which anglers pay to fish in, providing a small market for larger fish,” Murilo adds.

He believes tilapia will dominate the aquaculture sector in the country, although other species are also showing some promise.

“There are some native species – such as pirarucu and pacu – which are gaining momentum in the Amazon region. And there is also an ambition to build up a pangasius industry,” he notes.

However, the country’s once burgeoning shrimp sector has recently been decimated by white spot disease.

“Recent outbreaks have led to many farms closing and production levels falling by close to 80% across the country,” Hideyoshi points out, “but it still represents a big opportunity for companies such as Spring Genetics, which is part of Benchmark’s breeding and genetics division, as the market is growing and production, especially in freshwater, is beginning to increase once more.”

With opportunities presented by both shrimp and tilapia, Hideyoshi and Murilo are looking to make the most of the experience of the wider Benchmark Group to ensure that they are at the cutting-edge of any meaningful growth.Plans to produce up to 1 million high quality tilapia fingerings a month are gathering pace at FAI Brazil’s first ever aquaculture venture.

“FAI and Spring Genetics will be working closely with INVE, who have been in Brazil since 2007, and Fish Vet Group (FVG) Brazil as there is huge potential for symbiosis. Although INVE has focused mainly on producing probiotics for shrimp in Brazil there is a huge potential to use these products on tilapia too, we just need to conduct trials and collect the data to increase the sales potential,” says Hideyoshi.